In April, Home Depot chose BBDO as its creative agency of record after a six-month review. BBDO replaced The Richards Group, which was ditched by Home Depot last October after 25 years. In January, Ad Age reported that the selection had been narrowed to BBDO and Leo Burnett. The retailer was one of the numerous significant brands that moved on from the Texas-based agency following a racist remark that was made by its founder last year. Home Depot spent $1.1 billion on advertising for the year ended Feb. 2020, a 3% increase over the prior year, according to Ad Age’s Datacenter, which ranks the chain as the 43rd largest advertiser in the U.S.

In October, Chanel moved its global media account, worth $500 million, to Omnicom Media Group from WPP following a review, as the global prestige fragrance and luxury fashion marketer continues to rebound from pandemic-induced struggles. The OMG-wide unit serving Chanel resides inside PHD. A Chanel-specific unit of WPP’s GroupM agency executives, originally formed in 2013, had previously handled the account, which had been in WPP’s hands for more than 20 years.

In April, Publicis Groupe won the global media account for Stellantis, the automaker formed by the merger earlier this year of Fiat Chrysler Automobiles and Peugeot maker PSA Group. The holding company was the incumbent on the FCA portion of the business, which includes Jeep, Ram, Dodge, Fiat, Chrysler and Alfa Romeo. WPP was the incumbent for PSA, whose brands include Peugeot, Citroën, DS, Opel and Vauxhall. Stellantis has 14 auto brands under its wing following the $52 billion merger, which was finalized in January.  Ad Age Datacenter estimates that Stellantis in 2020 spent an estimated $4.2 billion on worldwide advertising on a pro forma basis including the former Fiat Chrysler Automobiles and PSA Group.

Unilever—marketer of brands including Dove, Axe, Degree and Ben & Jerry’s—reported $8.4 billion in global brand and marketing investment last year, and it spent $1.5 billion in the U.S. on advertising, according to the Ad Age Datacenter. The company ranked 28th among U.S. ad spenders and fifth globally in the most recent Datacenter rankings, ranking highest in key markets of Europe, Asia and Latin America.

In September, KFC started two separate reviews for its media and creative accounts. The incumbent, Wieden+Kennedy Portland, held the account since 2015 and is no longer participating in the review. Shops initially in contention for the creative account include FCB, Johannes Leonardo, Mullen, Fig and Arnold, while Publicis Groupe’s Spark Foundry, WPP’s Wavemaker, and IPG’s UM were vying for the media assignment. One of the questions raised throughout the process has been the likelihood that the finger lickin’ good chicken brand would keep its Colonel Sanders character moving forward. Complicating the process, the Yum Brands chain brought on Nintendo veteran Nick Chavez as its chief marketing officer in the middle of the review.

The last review on this list is also currently ongoing. In September Anheuser-Busch InBev launched a global media agency review but only invited incumbents, setting up a showdown among Dentsu, Publicis Groupe and WPP. The world’s largest brewer spent an estimated $4.7 billion on advertising in 2020, according to the Ad Age Datacenter. AB InBev ranks as the world’s 11th-largest advertiser. It markets brands including Budweiser and Stella Artois globally, as well as Corona outside the U.S.

The move came seven months after AB InBev hired Publicis Groupe’s Epsilon as its data agency of record in the U.S. and a global data partner. 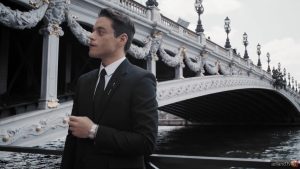 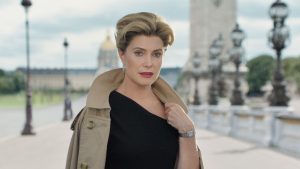 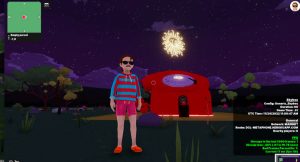